The calm, coastal waters of Gulf Nuevo, surrounded by ancient cliffs, are the ideal setting for an encounter with the whales.

For the local community in Puerto Piramides, not only whales have an important ecological and economic value, but they also have a high social value. They are a natural heritage that must be protected because they are, undoubtedly, the link between the marine ecosystem and human beings. In this context, observing the whales in their natural environment has an important educational value.

The whale-watching season begins in mid-June and ends in December. During this period, around 2000 southern right whales roam the waters of Valdes Peninsula, which is breeding and nursery area. Whales do not migrate all at the same time, but rather arrive and leave throughout the season.

There are six whale-watching operators, providing a service with a great commitment to the wellbeing of the whales and the marine ecosystem. All companies have been certified in terms of safety as well as the quality of tourist offer and environmental impact. 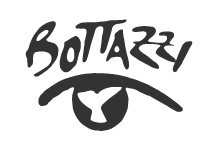 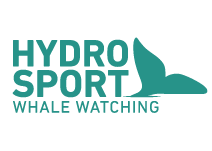 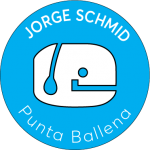 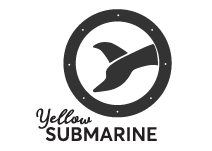 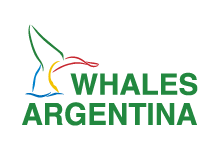 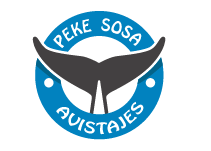 Responsible whale watching in Puerto Piramides allows us to bring people close to the whales, without disturbing them.

During the boat trip you can enjoy a first-row view of Southern Right whales natural behaviors. We must always keep in mind that we are observing wild animals in their natural environment, whose attitude and behavior change due to multiple factors, making each whale watching tour a unique and unforgettable experience. 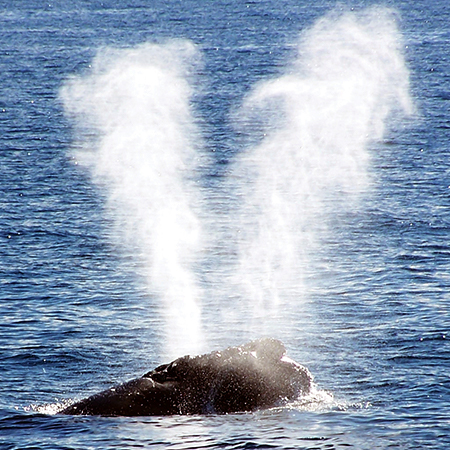 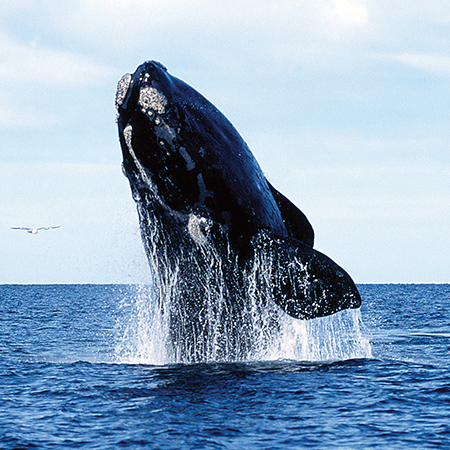 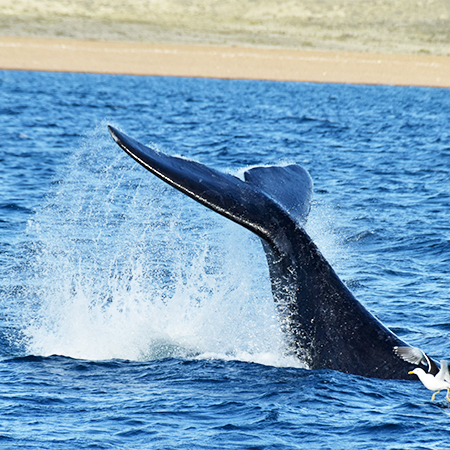 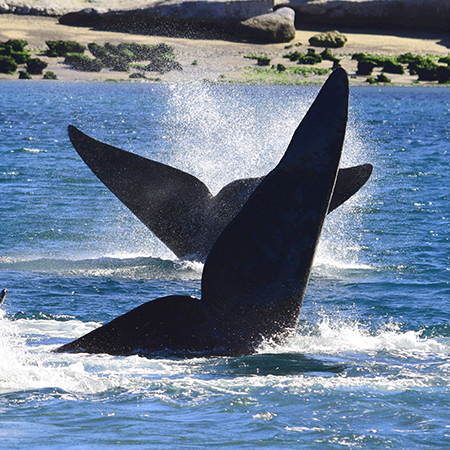 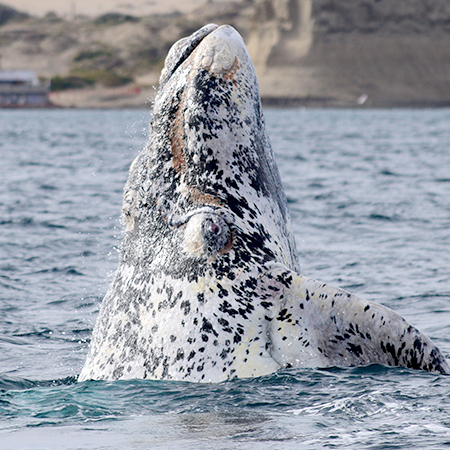 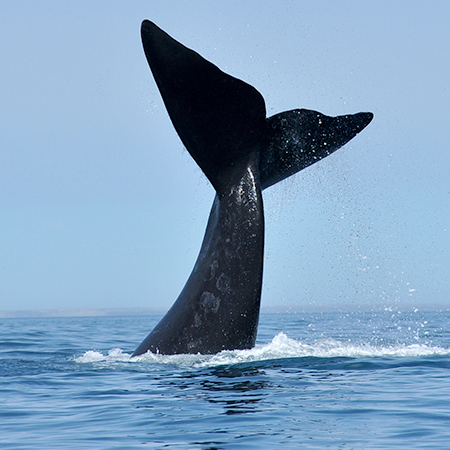 With each breath, the whales exchange 90% of the air in their lungs (while humans only exchange between 10 and 15%). Air is expelled at high speed (> 700 km/h) through the nostrils, which are called blowholes. This air, which is at 37º C, is warmer than the air outside and is compressed due the difference in pressure between the lungs and the environment, resulting in a condensation cloud called blow.

Each whale species has a characteristic blow, which allows species identification at great distances. The blow of the southern right whale is V-shaped, with one of the sides being smaller than the other.

According to experts, breaching functions as a way to maintain communication between individuals. Some researchers believe that the sound it makes is a demonstration of individual strength or an expression of territoriality. Regardless, witnessing a whale breaching and listening to the noise it produces when it falls on the water is a unique and unforgettable sight.

Spyhopping is when a whale takes the head out of the water vertically to inspect the environment above the surface and see what is happening “up there”. In the case of southern right whales, spyhopping lasts a few seconds and is also attributed to curiosity.

Lobtailing is another spectacular behavior. The frontal part of the whale body is submerged in a vertical, with its head at about 10 m deep, and uses its fluke to hit the water. It may be used for communication purposes, hitting messages in the water.

Whales are submerged in a vertical position, leaving their flukes out of the water, letting themselves be carried away by the wind. They can remain in this position for more than 20 minutes, and although the reason why they sail is unknown, it is undoubtedly one of the most beautiful behaviors to see.

History of whale watching in Argentina

Whale watching in Puerto Piramides began with locals already linked to the ocean, most of them artisanal fishermen, in 1974, when only one company, owned by legendary captain Mariano Van Gelderen and Jorge Schmid, was operating in town, where they received only 60 passengers per season.

Over the years, other companies settled in the area and today there are six whale watching tour operators, each of which takes 70 passengers every 2 hours.

The experienced captains, most with more of 40 years of experience, used their knowledge of the whales and their behavior to develop a code of conduct around the animals to maximize the emotional impact and minimize the disturbance on the animals. This whale watching approach is known as the “Patagonian whale watching technique” and is recognized worldwide. This technique is a local treasure as it is the result of thousands of hours of observation and navigation among the whales.

The excellence of the whale watching trips began to attract national and international visitors, whose number continues to grow year after year.

However, whale watching in Puerto Piramides never lost the artisanal spirit of the first trips, and never allowed the economic activity to take over the protection of the whales. On the contrary, tourist and economic growth were accompanied by a strong commitment to the conservation of the natural beauty and biodiversity of the Peninsula Valdes.

In 2018, Valdes Peninsula was listed among the 10 best places in the world to watch whales by the National Geographic magazine NatGeo Travel and, in 2019, it won the World Travel Award as “South America’s Leading Whale Watching Destination.” This international award recognizes the excellence of our tourist destination.

Argentine whale watching pioneers created the Patagonian technique based on their experience of thousands of hours working with whales. Their great experience allowed them to establish the technical aspects allowed and those forbidden based on sustainable criteria, establishing the guidelines for responsible watching to ensure the conservation of whales in the future.